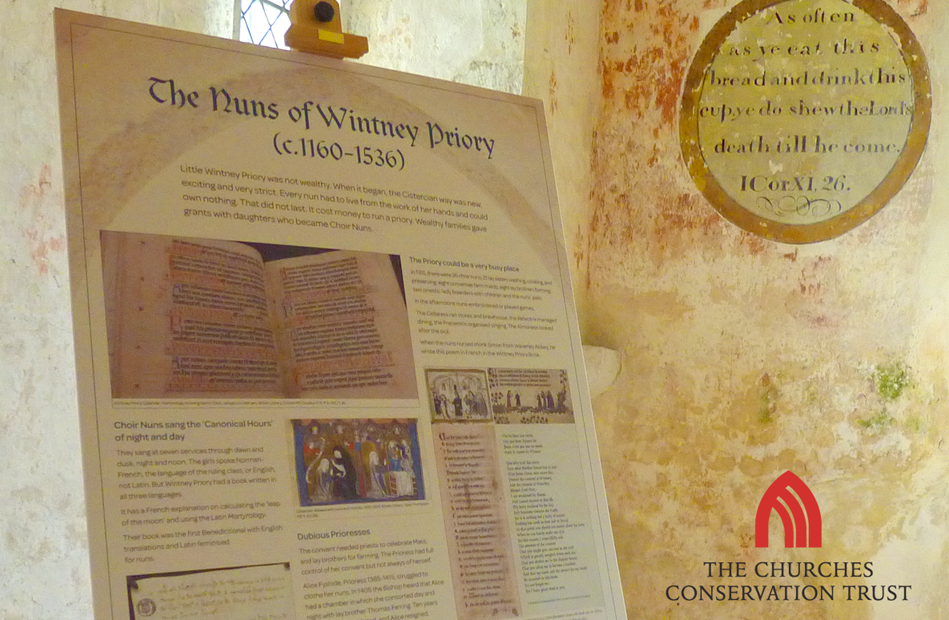 Inca Creative has many years of experience working in the heritage sector and it’s an area we’re very passionate about.

It’s always such a privilege to work with national treasures, understanding their fascinating history and then bringing it to life for visitors and the local community.

Medieval wall paintings are still visible today, after being painted over during the time when images were banned in churches, only to re-emerge when a rainstorm washed the whitewash off.

Hartley Wintney was also a centre of the 19th & 20th century Arts and Crafts movement, with the fascinating story of how two famous architects came to reside there. They helped to save St. Mary’s and were finally laid to rest there, in the place that meant so much to them.

The church is now looked after by the Churches Conservation Trust and a group of village residents who formed ‘Friends of St. Mary’s’. All are working together to breathe life back into the old church, to preserve it for generations to come.

Inca Creative’s role in telling the story
Visitors come from far and wide to enjoy this ancient church, and all its fascinating features and stories needed to be told. Working in conjunction with Motivation, the interpretation specialist, we were tasked to produce the church’s interpretation.

The challenge was to make this work within a limited space, to blend sympathetically into the ancient fabric of the church and to be practical, as St. Marys is a living church where services are still held to this day.

A series of interpretation panels were produced, featuring the most engaging stories for visitors to learn much more about. Folding lecterns were chosen to display the panels, in keeping with the churches’ style and also mobile, which was key part of the brief. 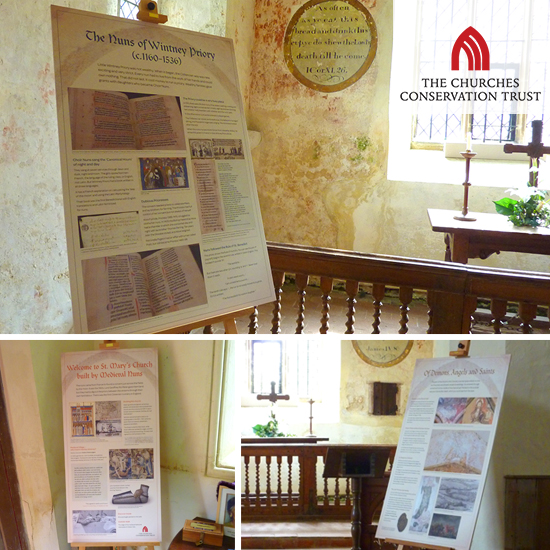 The interpretation panels were designed to blend in with the surroundings sympathetically, and we think the results speak for themselves.

Space around the church is also of great interest, with the medieval field system which was traditionally divided into plots to be ploughed and sowed by villagers for crops, still in evidence behind the church.

As part of the external interpretation Inca developed a guide to a churchyard and surrounding area walk, so visitors can orientate themselves and understand the ancient goings on outside the church.

We’re looking forward to hearing what the visitors think of the history of St. Mary’s, now there’s so much more of its story available.

We have lots of experience in the Heritage and Museum sector, and if you’d like to talk to us about your interpretation needs…