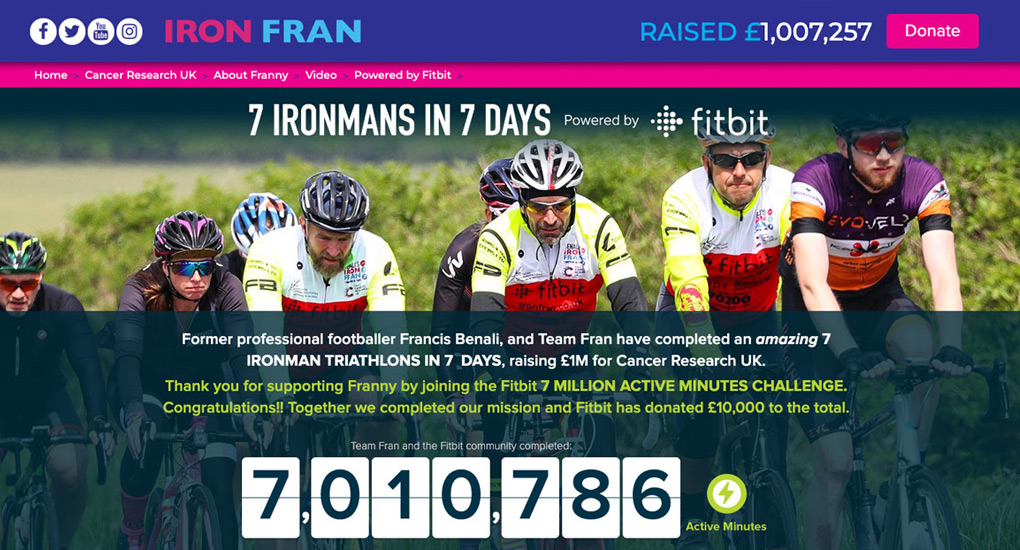 A Brave Endeavour and £1M for Cancer Research

Endurance athlete Franny had set himself the goal of attempting a phenomenal 7 Iron Man Triathlons in 7 days as the final part of his mission to raise £1M for Cancer Research. Fitbit recognised this wonderful opportunity to not only support a passionate and motivated man with an amazing charitable aim, but to also engage their customer base in the process. 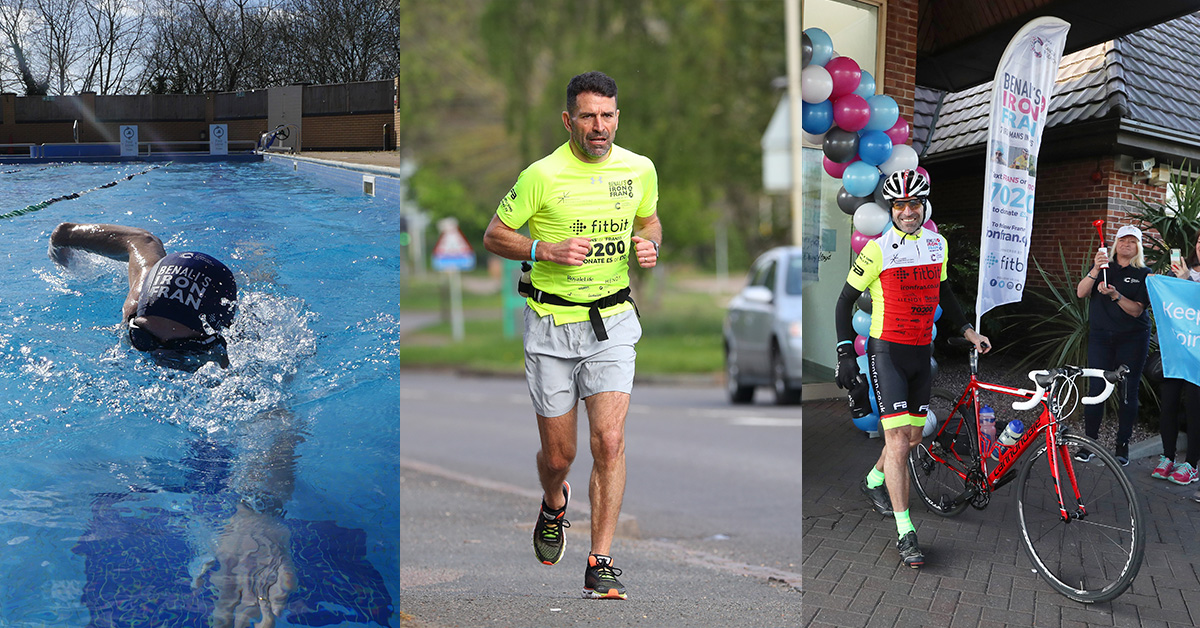 Motivating the Fitbit audience
The Fitbit community were invited to participate in a 7 Million Active Minutes Challenge, whereby their daily activity would be added to a national total to achieve a collective goal for the duration of Franny’s Iron Man Challenge. This was displayed on a purpose-built microsite which acted as a hub for the event.

Inca Creative designed the microsite and developed the programme of content for the event. Our role included the initial development of the concept, establishment of metrics and KPIs, organising a photo and video shoot and compiling banners and short videos for social media, as well as creating and managing the website. We co-wrote content for the email communications and attended both the launch and completion as a representative of Fitbit, for the Iron Fran endeavour. We were on-call throughout to help manage the twists and turns of the events and maximise positive presence and coverage.

The Iron Fran Challenge
During the event, 50 year old Franny showed amazing physical endurance, focus and strength of mind and an almost unimaginable level of determination. His mission caught the attention of the national news and was featured on Good Morning Britain, Meridian as well as in the press up and down the country.

Up and ready at 5am every morning and completing the run at 10pm in the evening, each daily Ironman triathlon consisted of:

In the process, he pushed his body to the absolute limit… and very nearly beyond. After Day 4, he became unable to take on the level of nutrition and fluid needed to fuel his system and was unable to continue. Day 5 saw him in hospital for tests and rehydration. He attempted Day 6 but found that his body still unwilling to co-operate. It was at truly nail-biting experience for those watching form the sidelines.

Cycling home to victory
Day 7 saw Franny muster his energy to arise and plunge back into action with the morning swim. He then participated in the Southampton Marathon to the cheers of his former football fanbase, local well-wishers and the national new channels. At 9.30pm on Sunday evening he rode home to a hero’s welcome at the Southampton Guildhall, after a final 112 mile ride. Within the hour, the Fitbit community had completed their goal, triggering a £10K donation from Fitbit to Cancer Research UK. There was a fantastic atmosphere and real sense of triumph and comradeship amongst the audience. 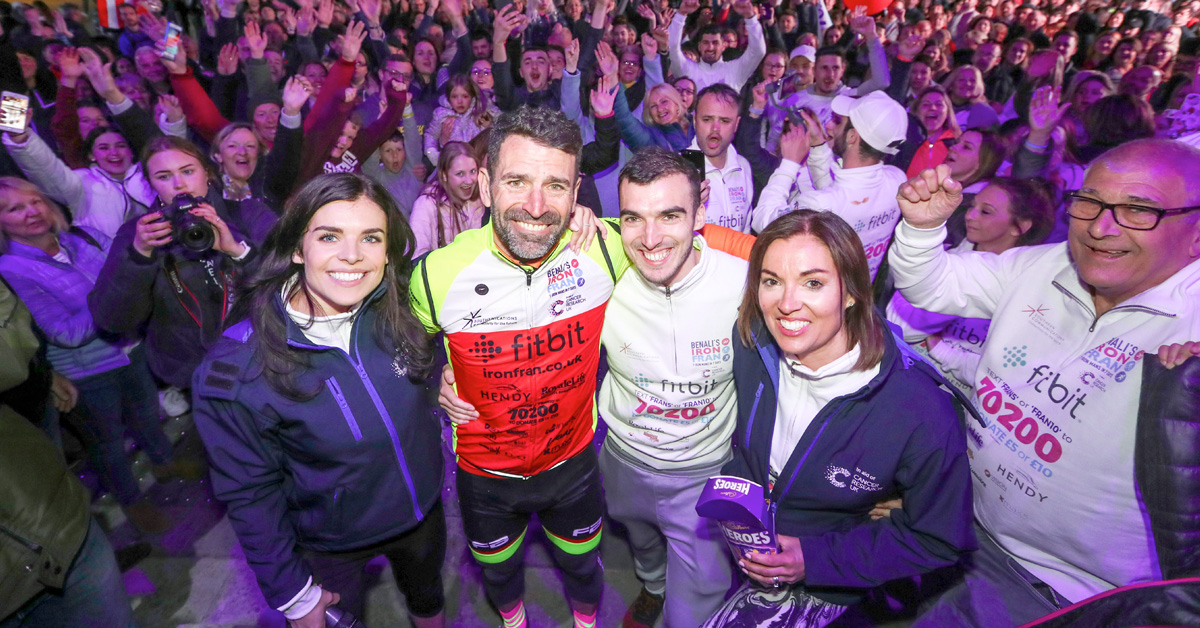 £1M for Cancer Research
Just a few days later ,once the collections and corporate donations were totalled, the campaign sailed past the £1,000,000 mark. A fantastic outcome for Franny and Cancer Research UK, and a sense of pride for all who participated.

Feel Good – Do Good!
Previous activities of this nature have proven to be a great success at encouraging more physical activity amongst Fitbit users, improving the sense of community and connection associated with the devices whilst also raising funds for charity.
Fitbit for Ironfran returned the highest engagement levels of this kind, to date, making it the ultimate feel good/do good project.

Just some of the coverage received: